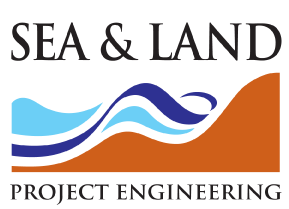 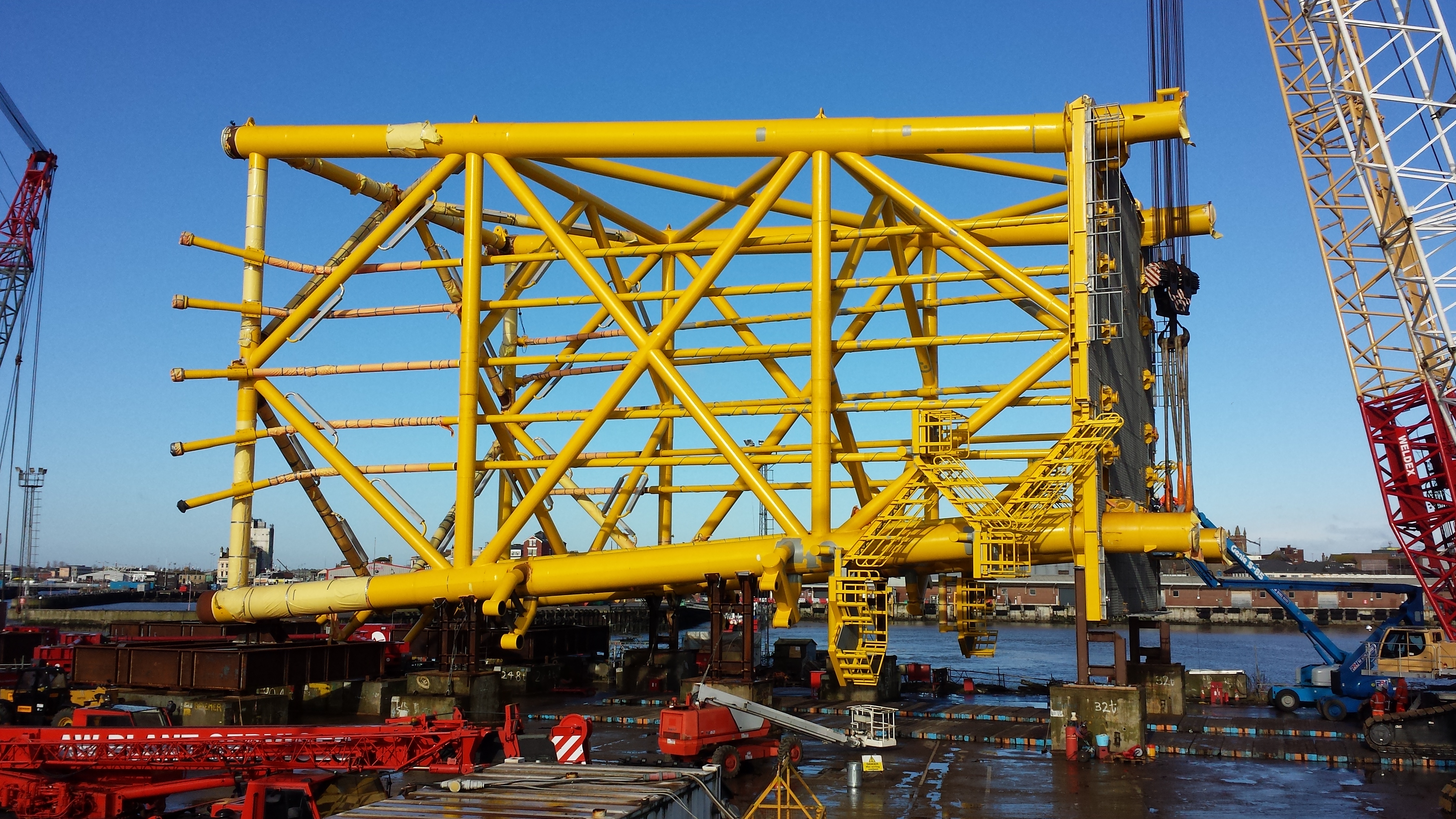 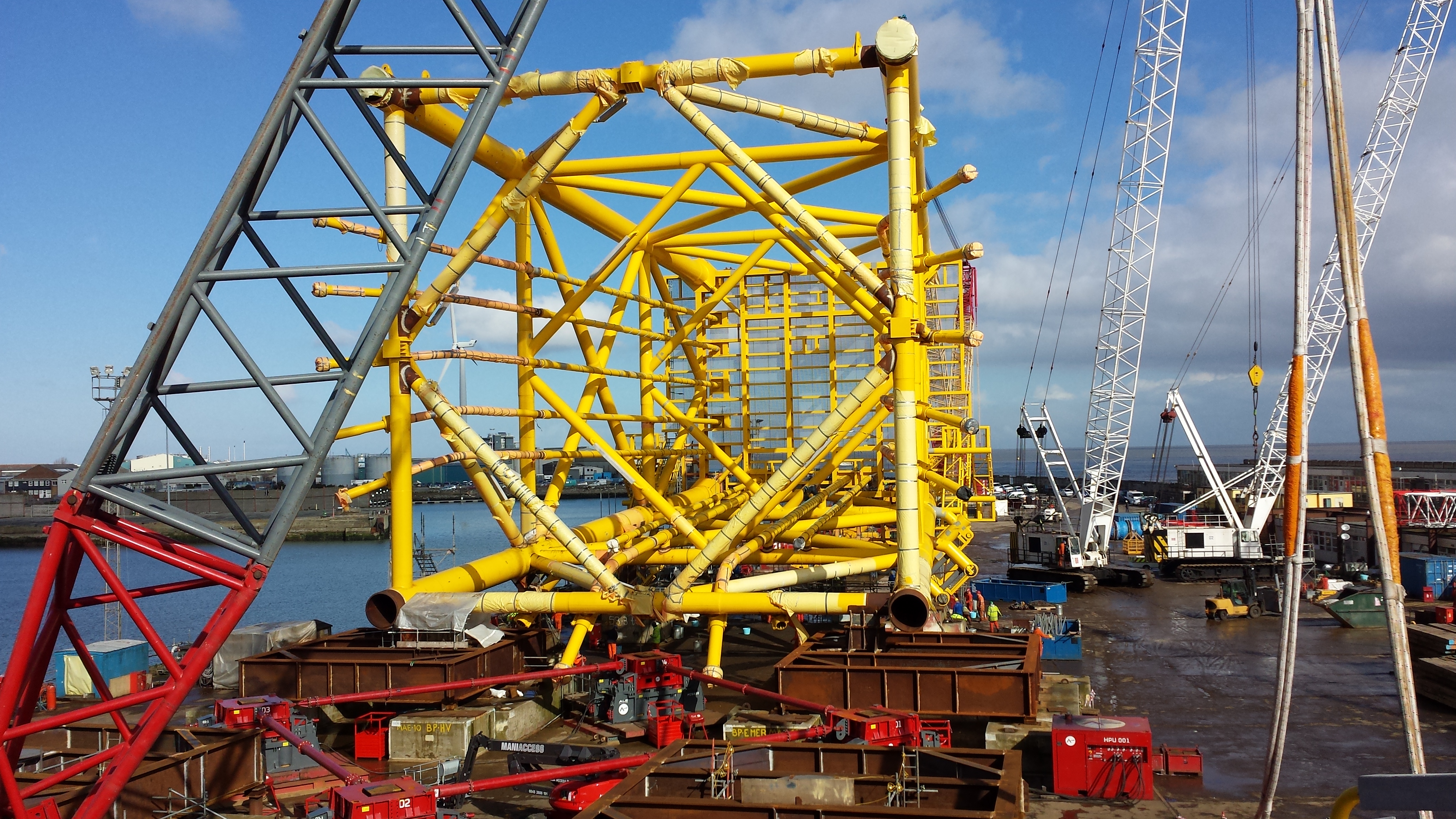 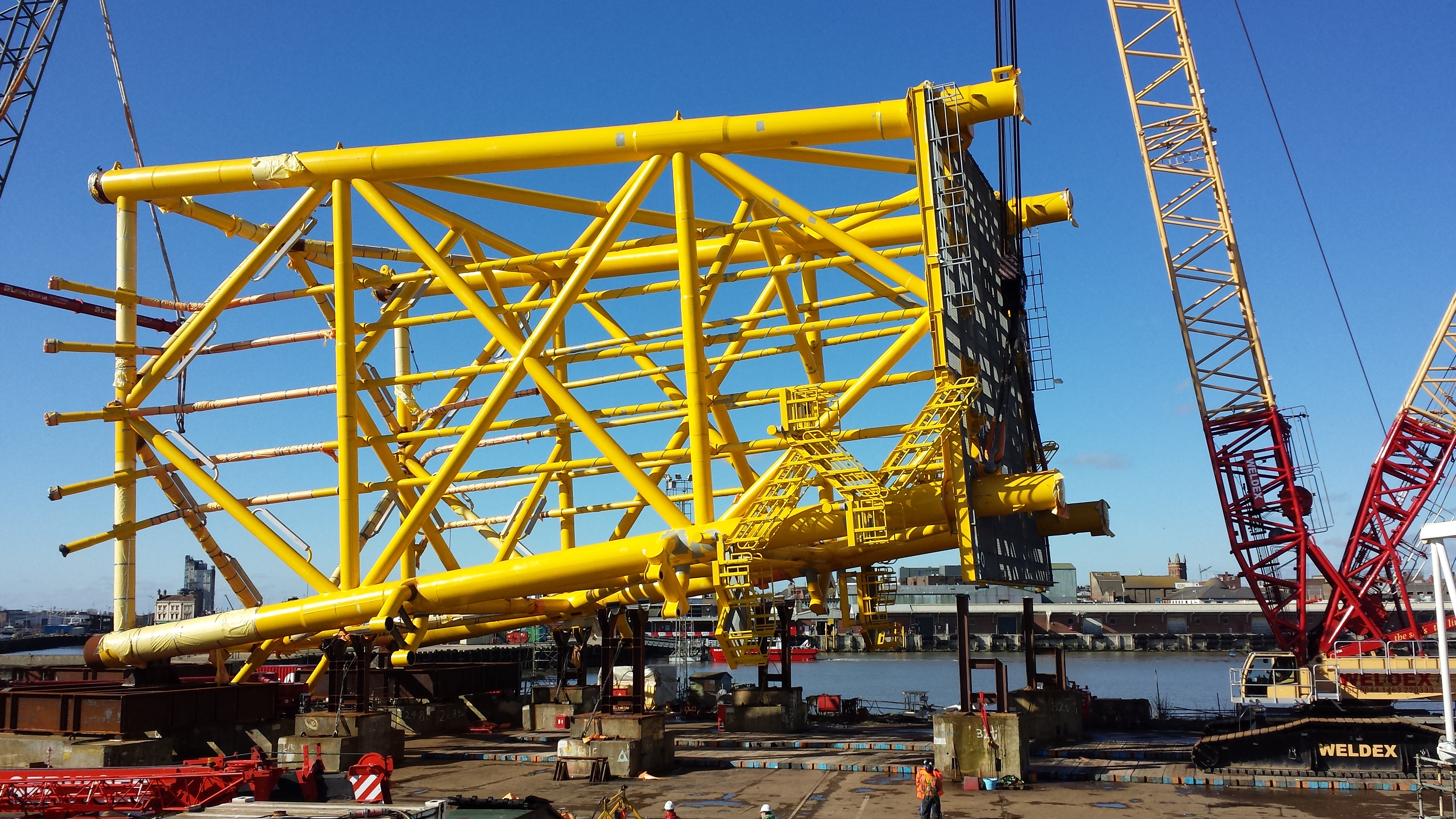 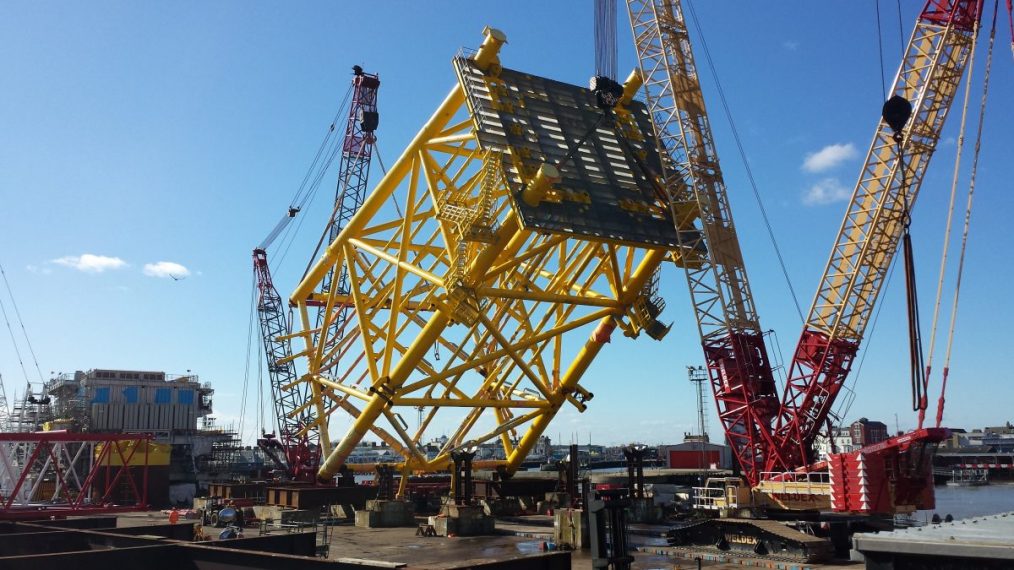 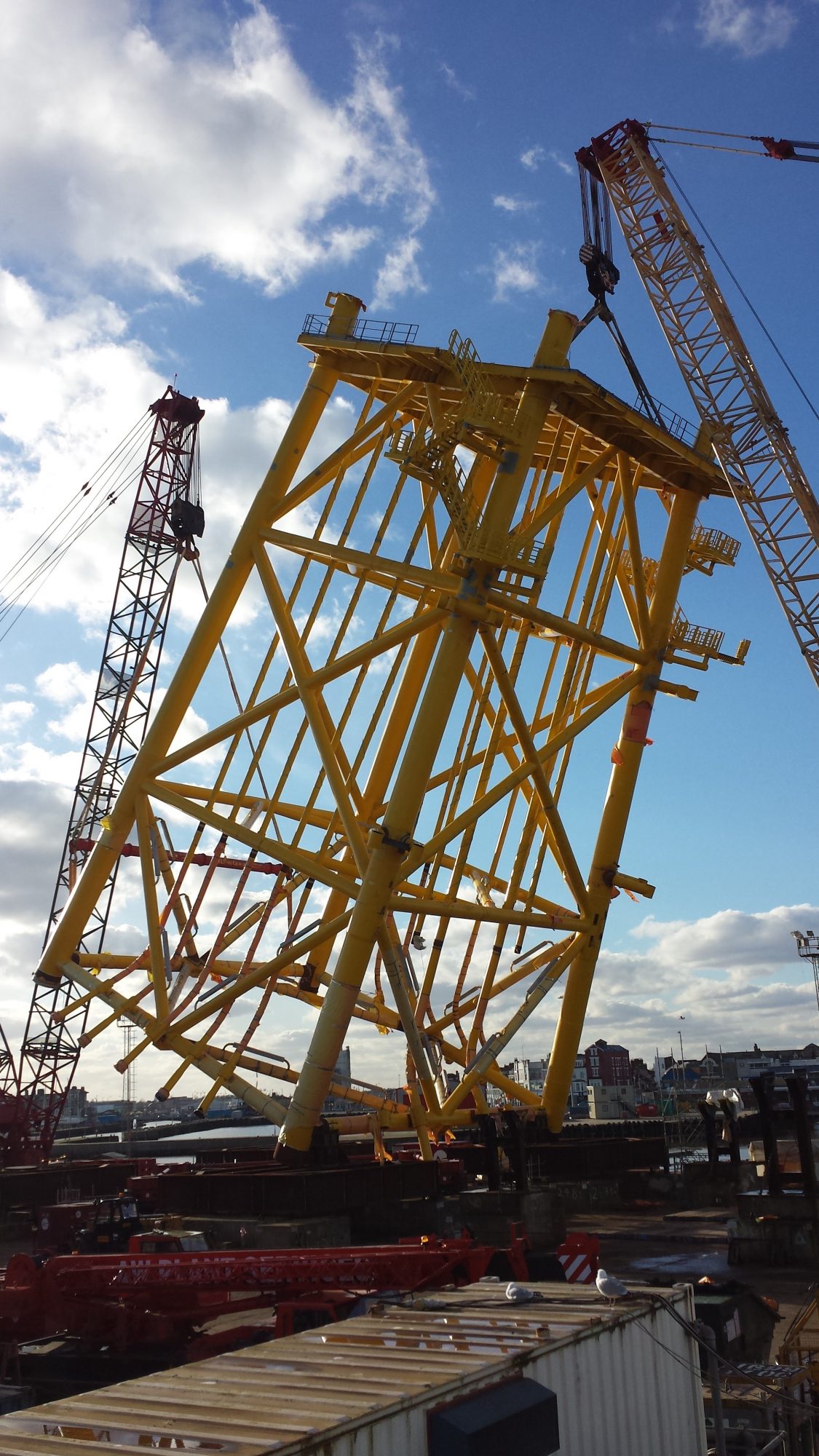 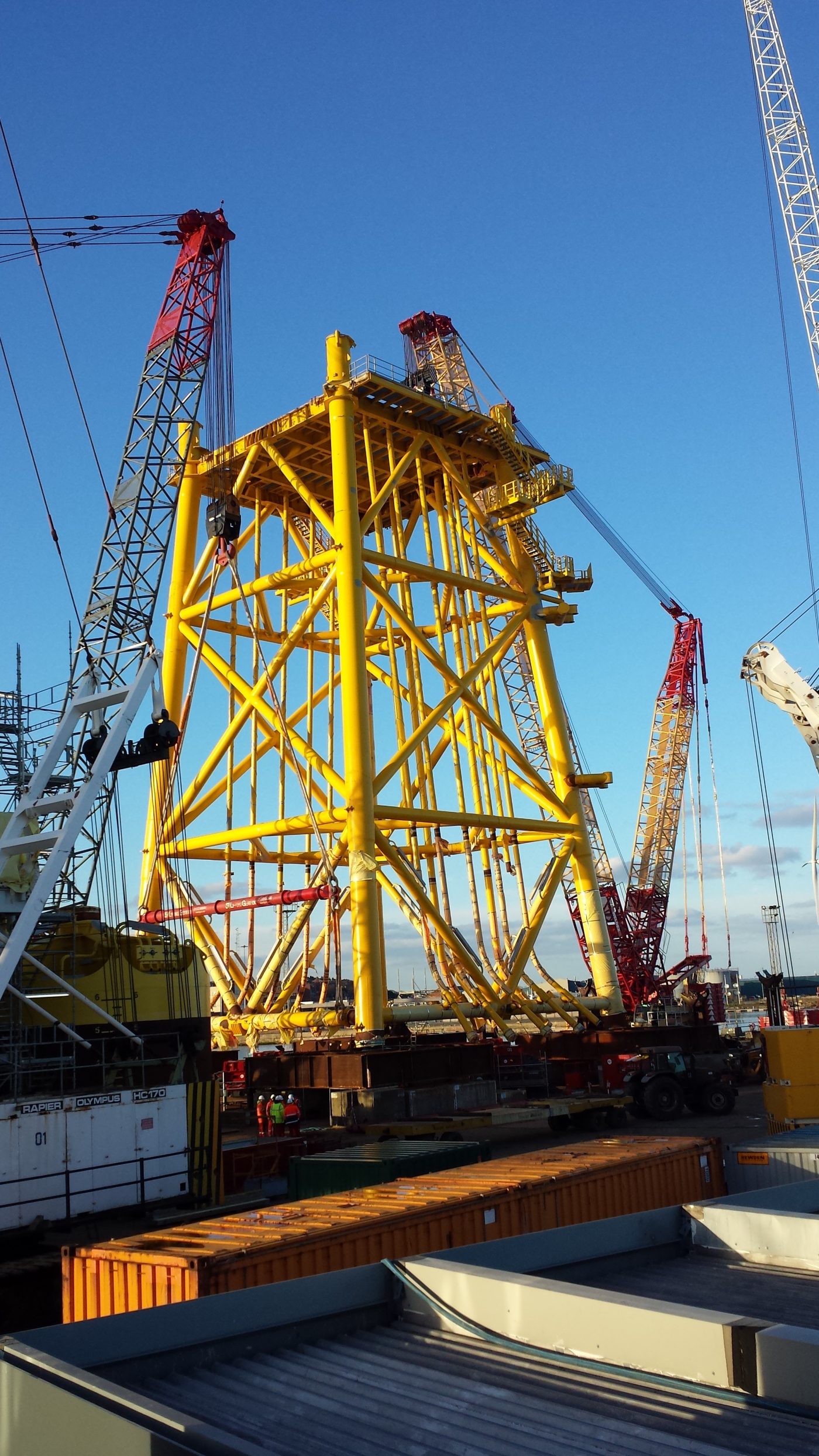 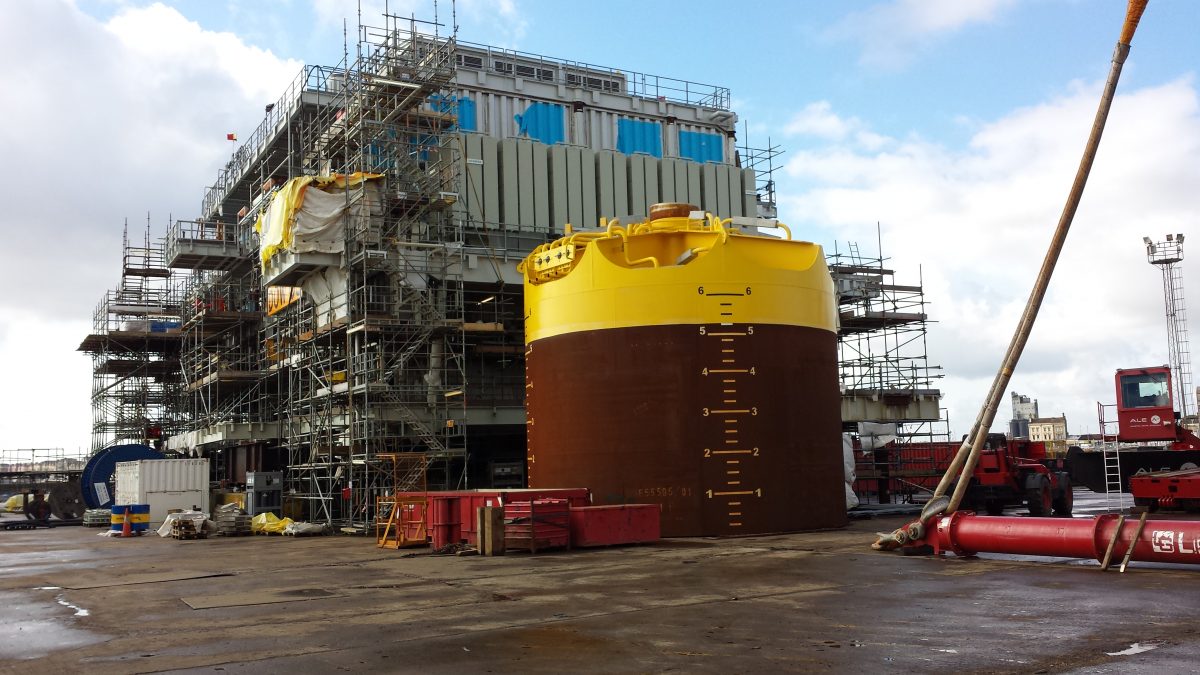 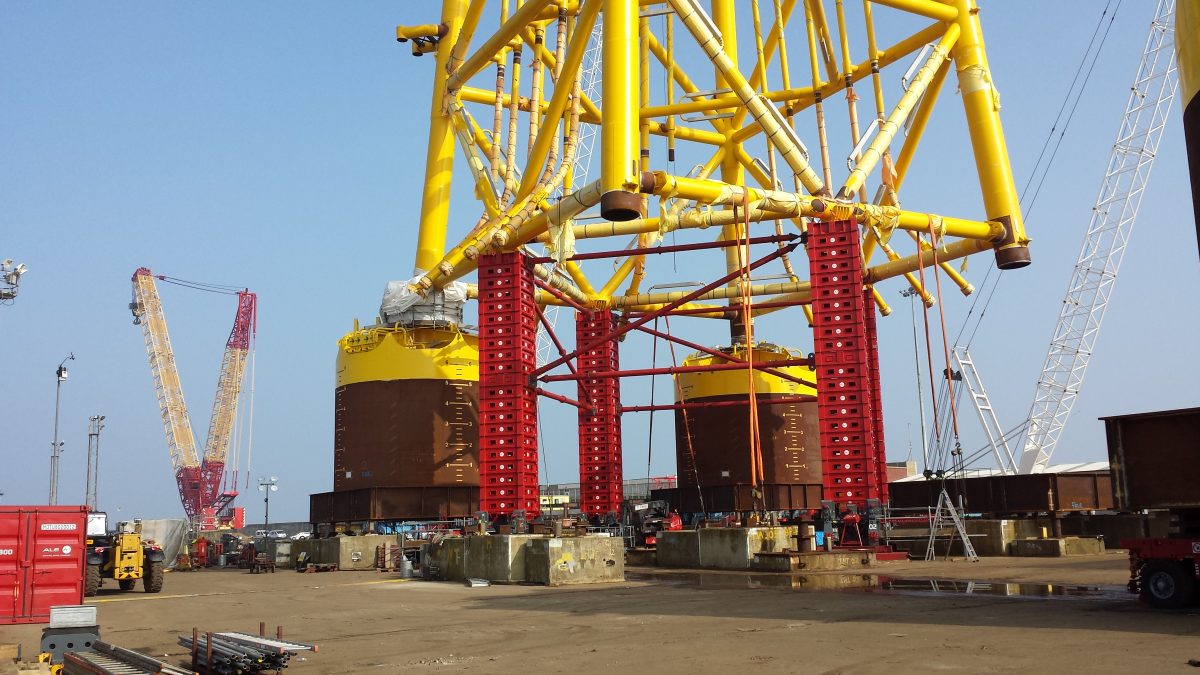 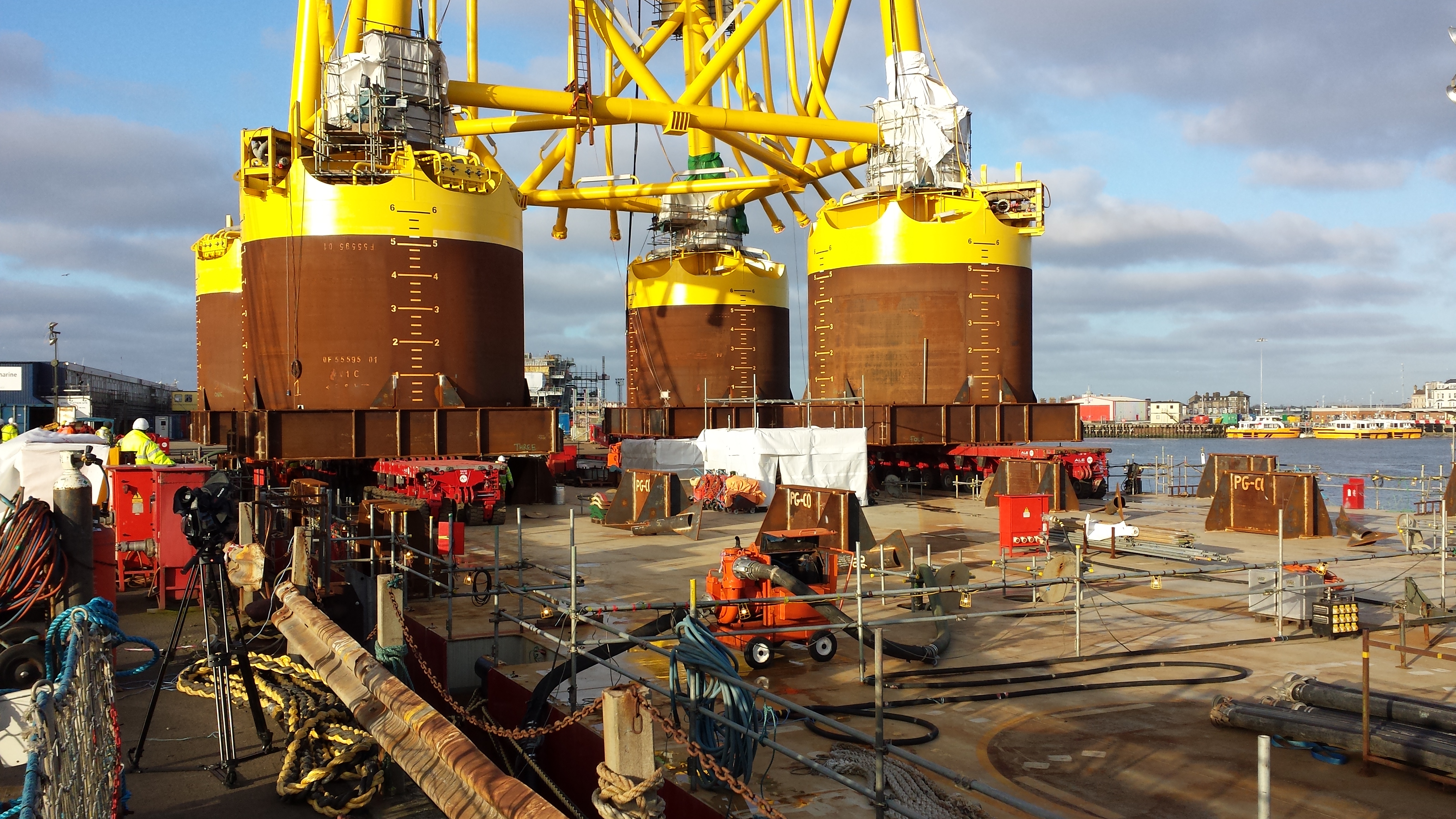 Engineering Design for the Dudgeon Wind Farm substation jacket was awarded in October 2014 to Sea and Land Project Engineering, based in New Malden, Surrey. Design work continued in New Malden and at Sembmarine SLP in Lowestoft, all overseen by Siemens Transmission and Distribution Limited, who had awarded the design-work to SLPE and construction to Sembmarine SLP.  The heavy jacket structure was upended in the Lowestoft yard in early March 2016 by global heavylift specialists ALE.

Unusually, and as a first for any North Sea jacket in British waters, the Dudgeon Substation Jacket structure utilises Suction Bucket technology at the four corners at the base of the Jacket.  Each bucket has been designed to be 9m high and weighs 100 tonne (approx.) with a planned 5.8m of the height of the bucket sunk into the sea bed.  As another first for Jacket engineering in the UK, it also involved not only putting it upright, but then jacking it up another 14m high, in order to position the Suction Buckets underneath each of the Jacket legs. ALE provided and operated a Mega Jack 800 jacking system for this part of the job.

Each bucket was loaded onto an SPMT trailer and put into place underneath the Jacket legs.  Once this was done, the Jacket continued to be held up in the jacking system as all four of the Suction Buckets were welded in turn to the Jacket, to become part of the structure.  With Suction Buckets in place, the structure was made ready to be moved along the quay to be loaded-out onto the waiting barge in Lowestoft Harbour.